Last post gave the particulars and now we have the finished product. Couldn't be more happy with the way it looks. I wouldn't try to argue one way or the other about the effectiveness of Multicam patterns in general or Multicam Black in particular because that doesn't matter much to me. What I will argue is that Multicam patterns do make for some awesome looking firearms and that was the goal.

This rifle is a complete home brew unit with an Aero M4E1 lower receiver and BCG coupled with an Anderson branded slick upper receiver, sans forward assist and dust cover because I think both are largely pointless. It's got an American Defense rail with a Faxon 14.5" Gunner profile barrel from AIM Surplus where they pin the gas block - a feature I am a big fan of. Adco pinned and welded the Vltor flash hider for me to round things off. The primary reason I went for the 14.5" Gunner barrel was partially to get a slightly more compact carbine, but primarily to keep the weight down. This particular barrel is very close to the weight of Faxon's 16" pencil barrel but with a slightly thicker profile for most of the barrel's length. Nothing else on the rifle is "heavy" and the slick-sided upper receiver knocks off a few ounces as well making this gun, as pictured with an empty magazine 6 and a half pounds almost exactly. 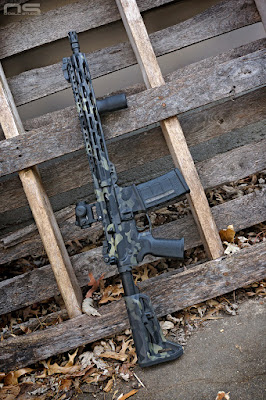 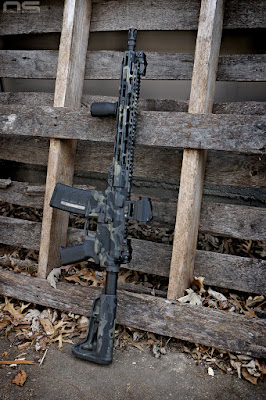 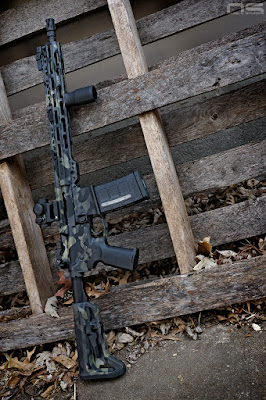