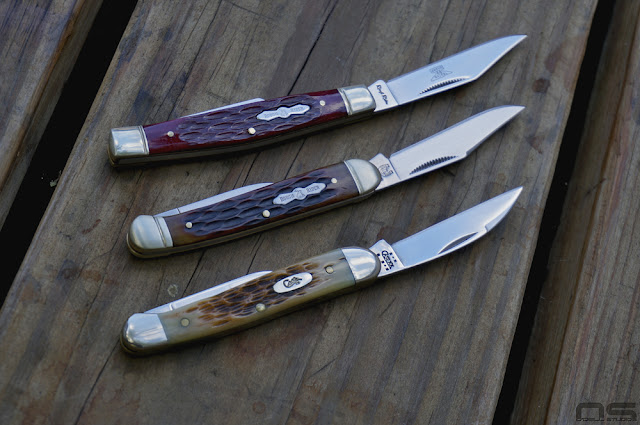 Have some pics. These are those little pocket knives that slip right into your watch pocket with blades thin and pointy enough to perform surgery, if you're into that sort of thing. The red bone is a Rough Rider 2 Blade Stockman #423. It has a spay blade on the other end so it is quite literally a pocket scalpel. The other two are variants of the Mini Copperhead pattern. One is a Rough Rider ... well I don't know the model number because I rubbed it off. I put the satin finish on it and in the process blew away the laser markings. Which is fine, Rough Riders have a LOT of markings but many of them are stamped. At any rate they call it a Baby Copperhead. I also added the swedge which just really dresses up a blade in my opinion. It doesn't have to be crazy and I only put it on one side. Case's swedge on the Mini Copperhead kinda makes it look like a bird's beak. I'm not sure if I like that or not, but there it is. This one happens to have a Wharncliffe blade, and I've talked at length about this knife in a previous post. I like these smaller knives. They are roughly 3-1/4 inches closed, only about a quarter to half inch shorter than your typical mid-sized slipjoint, but overall much more compact. I particularly like single spring variants like these, where both blades use the same spring on opposite ends. It makes for a thin package, adding to the compact nature. To me, this is a true pocket knife because it is about the only one I would carry in the bottom of a typical pants pocket. I believe that pockets were invented for carrying things, not for plugging your hands in, and I wish clothing designers would take this into consideration. I would much rather have multiple smaller pockets similar to the watch pocket, than have two hand sized pockets found on most jeans. And so, I carry any sans pocket clip knife in the watch pocket. At any rate, I believe traditionally single spring, two bladed knives like this were simply called pen knives, but they are a nice option if you're looking for an ultra tiny pocket footprint and versatility. 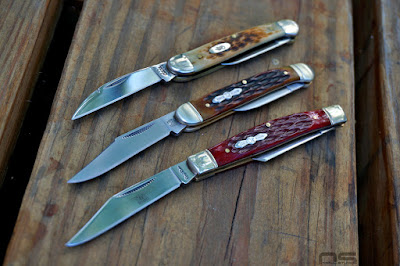 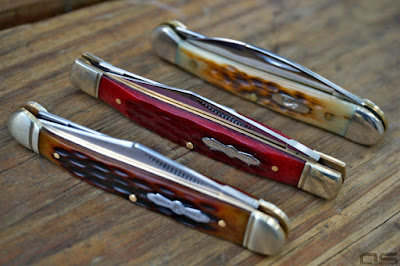 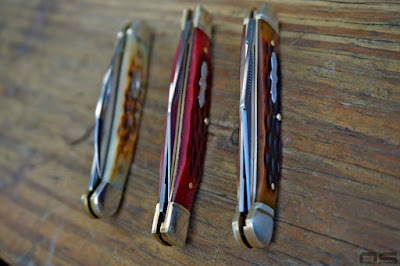 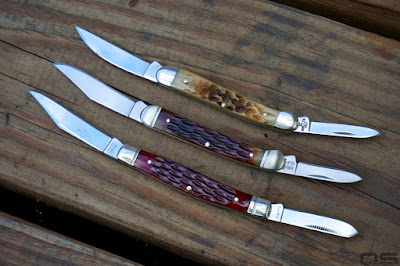 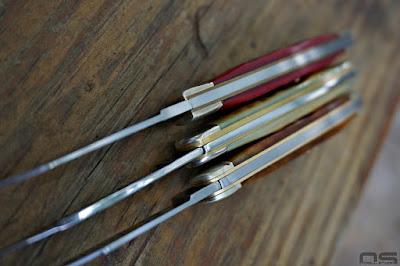 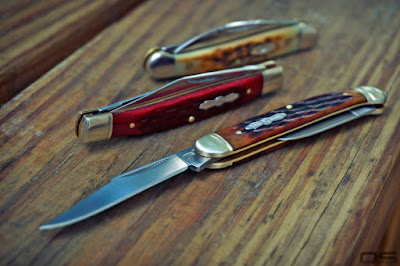 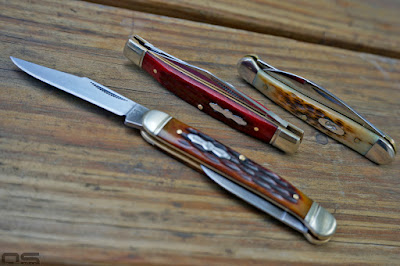