One of very few times I have been able to land something good digging through junk shops, I went home with this Tru-Test double bit. I don't think it's all that old, but in great shape and pretty compact at just 3lbs. In my mind, based on the way old premium axes looked with intricate logo etchings and stamps, anyone who took pride in producing the tool, would take time to mark it. My logic is that if this axe isn't especially old, but from a time when they didn't feel it was necessary to mark it USA - because it was a given - then it follows that this was produced as a quality tool. On the other hand there is no guarantee because there are 100 year old axes stamped USA, and very well made axes with little to no markings on them. What I see however, is a crisp stamping which is a real logo, not just text, a neatly finished head, and deeply heat treated steel. To me, these are clues of quality. I'm not typically a double bit fan, but I like that this head is just a step above a cruiser in size, and with thin bits, should make a nice brush clearing tool where cutting is desired over chopping or splitting. 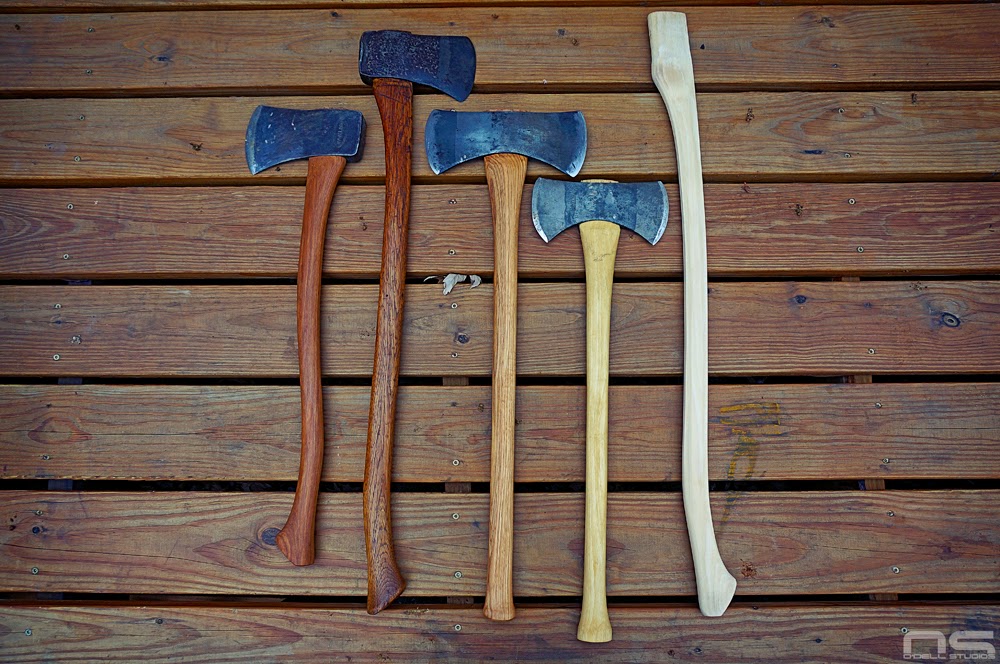 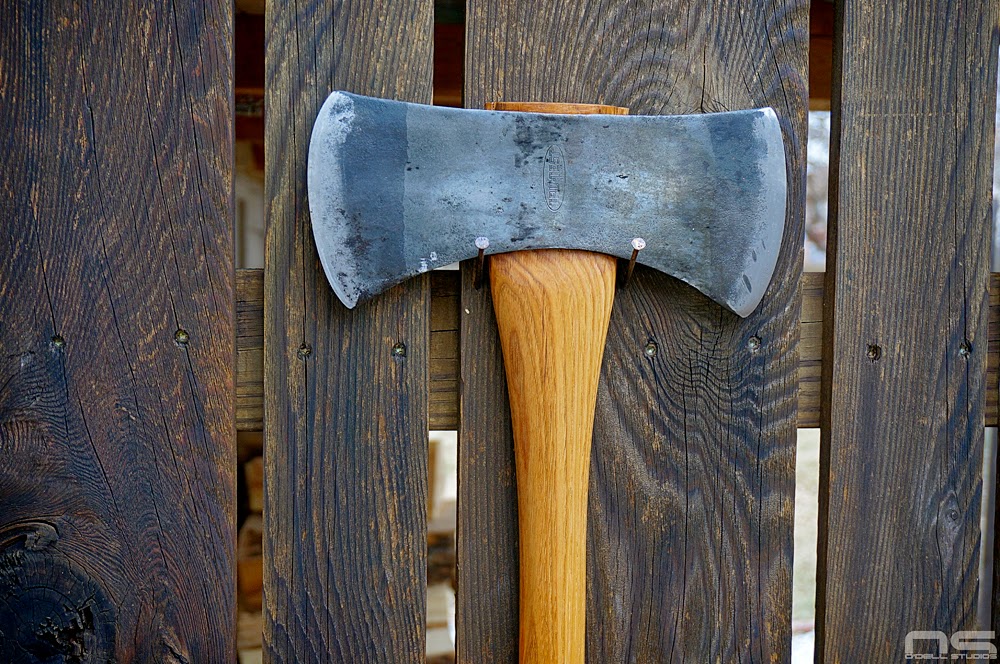 Not discouraged by the problems encountered on the Colt Buckshot Peanut in both design and finish, I placed my order for the Gunstock Jack instead and this one is a home run. These little knives are full of features including swedges, long pulls, and half stops. Everything seems to be in order with the Gunstock. The springs are strong and overall function is very positive. The blades come sharp and the nice square tangs butt neatly to the springs in the open position. In fact, there is no call for a lengthy review, this little pocket knife is well done and worth the $20 asking price any day of the week.

As with anything I can find a few things I would do differently if I were running the show. First would probably involve the covers, which by the way, are very well fit. I presume the tiny ridges, like lines on a topographical map, found on the covers are a result of the way they are made but I don't know and they could just as easily be some sort of aesthetic feature. The covers are bone, sculpted to look like stag antler or some facsimile thereof, and I have considered knocking the tiny ridges down and buffing the high spots in an effort to lighten them somewhat more like antler. But, in the end they are attractive as-is and have some really beautiful colors including a deep burgundy in the darkest places.

I don't dislike the Colt "C" in the one bolster, but I would probably leave it out. Along the same theme, I'm not in love with the circular shield they devised. I just think something traditional would be that final touch, an actual shield or decorative plaque perhaps.