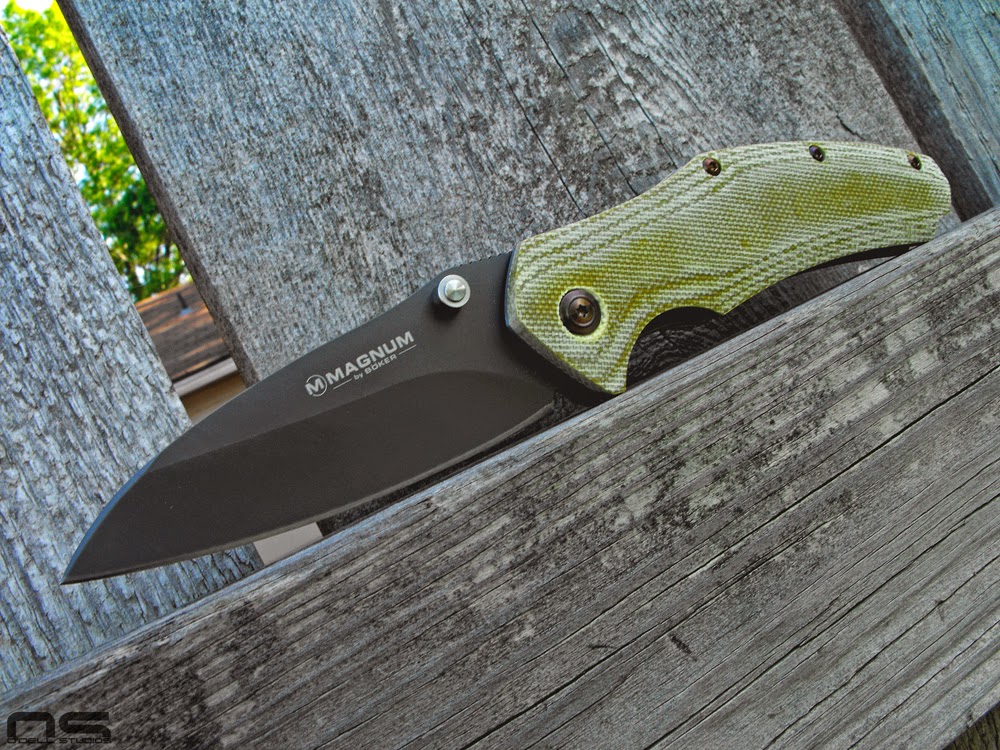 I ordered the Boker Magnum Slicer because they have a handful of blades in that line that I like the looks of and I wanted to know just how bad they are. After some testing I posted up my review and began tearing the knife down for customizing. For those who insist that a real review can only be completed after testing, I submit that the knife must be taken apart and customized before a review can be called "real". Yeah, not really. But the thing with the Magnum line is that there are lots of reasons to be wary (outlined in the review) and the point of purchasing one was to really see what they are all about. In the end there was some good, bad and ugly but much more good than I had anticipated. I like the way the knife looks so well, and was happy enough with the performance, that I concluded a customizing was in order. 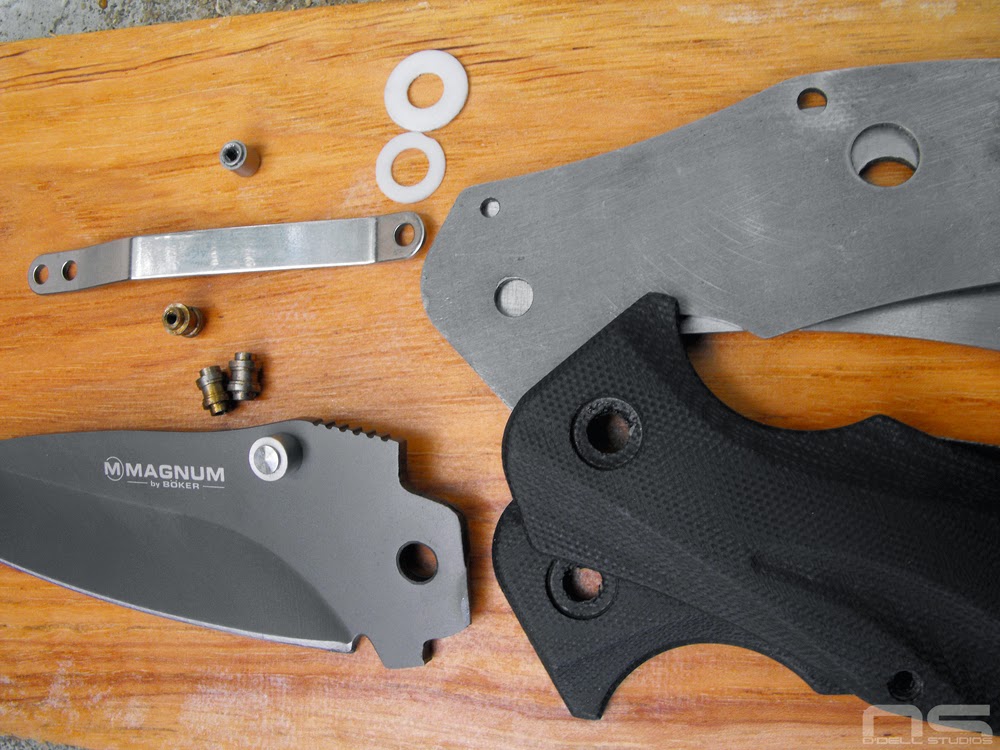 Now, I may have been joking about having to take the knife apart to do a review, but that's not to say you don't learn a few things along the way that are actually important. For instance I learned that the width of the blade + the washers came to .165 inches, while the pillars and stop pin only measured .157. What this means is that the space inside the handle was less than the width of the blade and washers and I theorize should cause the stiff opening that I experienced out of the box. So I promptly ordered new pillars in a screw size that doesn't make my brain hurt, and a new pocket clip to replace the awful factory unit. The washers are nylon and truthfully when you feel them between your fingers they are slippery as snot so I don't see why they aren't perfectly useful. I would have liked to slim the handle down some but in the end decided it wasn't necessary. I could have ordered thinner washers and pillars to match, but the wider handle feels good in hand I have to admit. Slim knives are good for carrying but less so for use. Regardless, the result of matching pillars is smooth operation and perfect blade centering.

Another thing I've learned repeatedly when disassembling cheap knives is the (yes you've heard me complain about this numerous times and I understand if it's getting old) use of what appears to be super glue on every screw in sight. It doesn't have a red or blue tinge and is white and crusty. I don't know what it is really, I can't prove anything, but I know I wish they would stop using it. Whatever it is it is much stronger than the steel used in their fasteners. It takes far more heat than red thread locker to get it to release, if you can get it to release at all and you will strip screw heads long before it gives. You might be thinking, yeah but this is only a problem if you disassemble the knife which isn't really necessary for use. True enough. A knife like this with pillars is wide open. You wouldn't really need to take it apart to clean or lube it but you might. And if the pivot were to need adjustment you'd never be able to. I got lucky and the screw in the picture only had a couple threads filled up but the screw on the other side of the pivot was much worse. Some of the handle screws came out, some didn't. I knew I was just going to replace everything so I drilled some of them out and broke them off. No sense wasting time.

Anyway, lots of fun stuff. I made some micarta, tapped the liners for 4-40 pocket clip screws (pictured above), acid washed the liners and new clip, heat colored all the fasteners and pillars, and put it all back together. I screwed up counter sinking one of the pivot screws, but overall the project went smoothly and with a belt sander, took remarkably less time than it would have without it. The final product is smooth opening, feels great and doesn't look too bad either. I did notice that the blade got a tiny dent in the edge while rattling around in a box with all the other parts (I usually just throw it all in a box to keep track of everything). It is fair to say that the "440 Stainless" is not amazing steel but I still stand by my testing and conclude that it is perfect adequate for typical daily tasks, takes a nice sharp working edge without much effort and will do a lot of cutting for you for very little money. 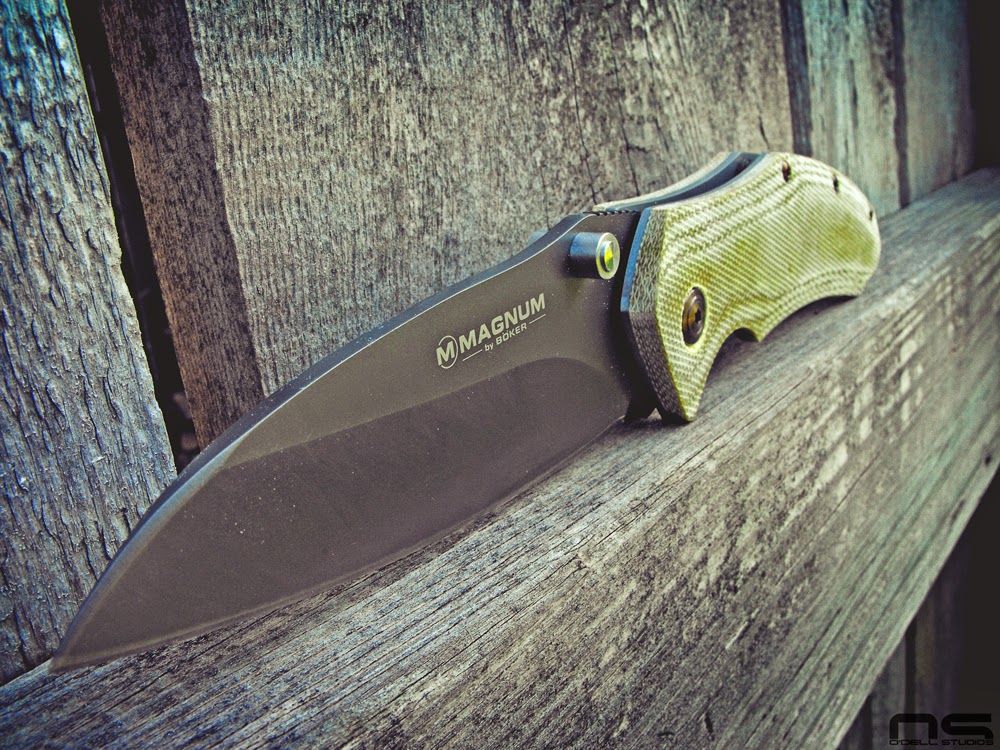 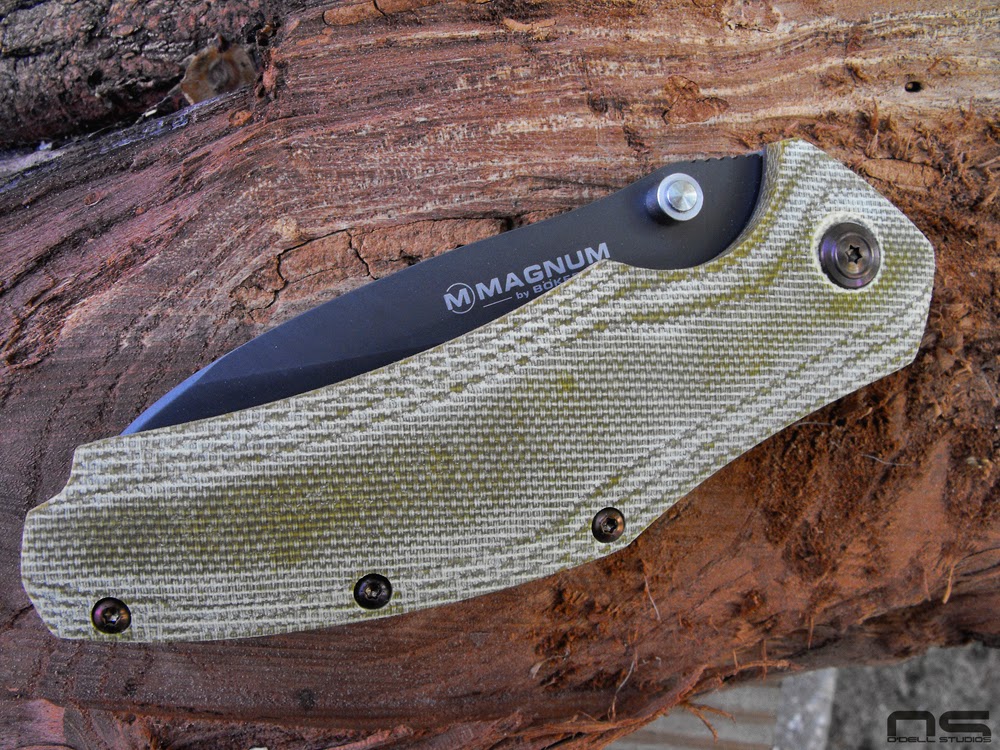 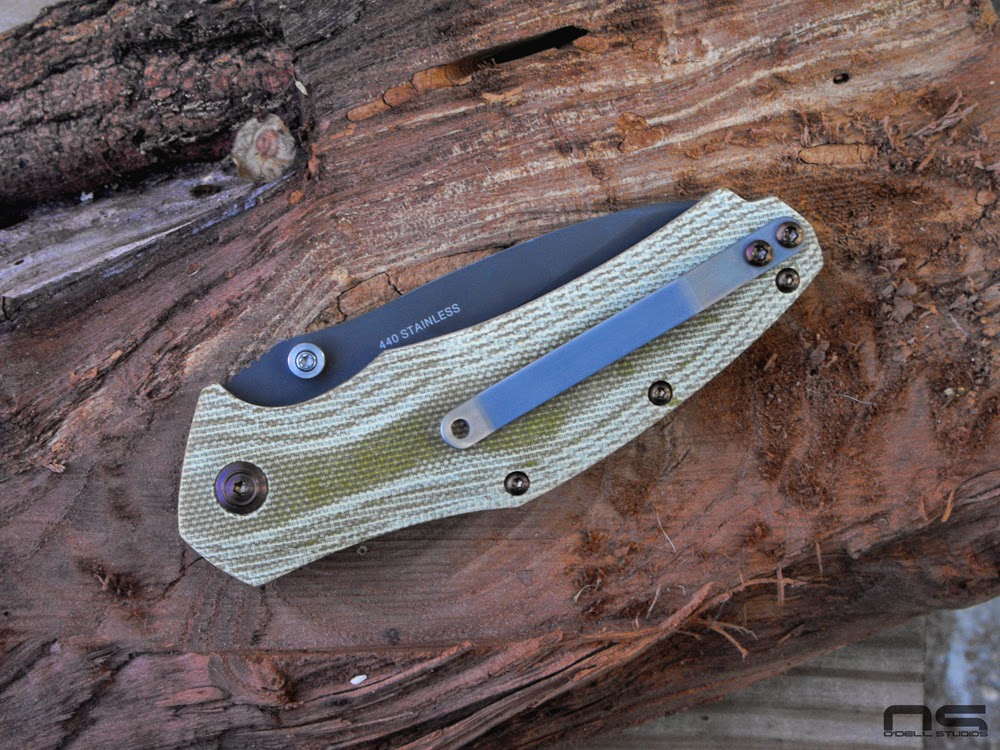 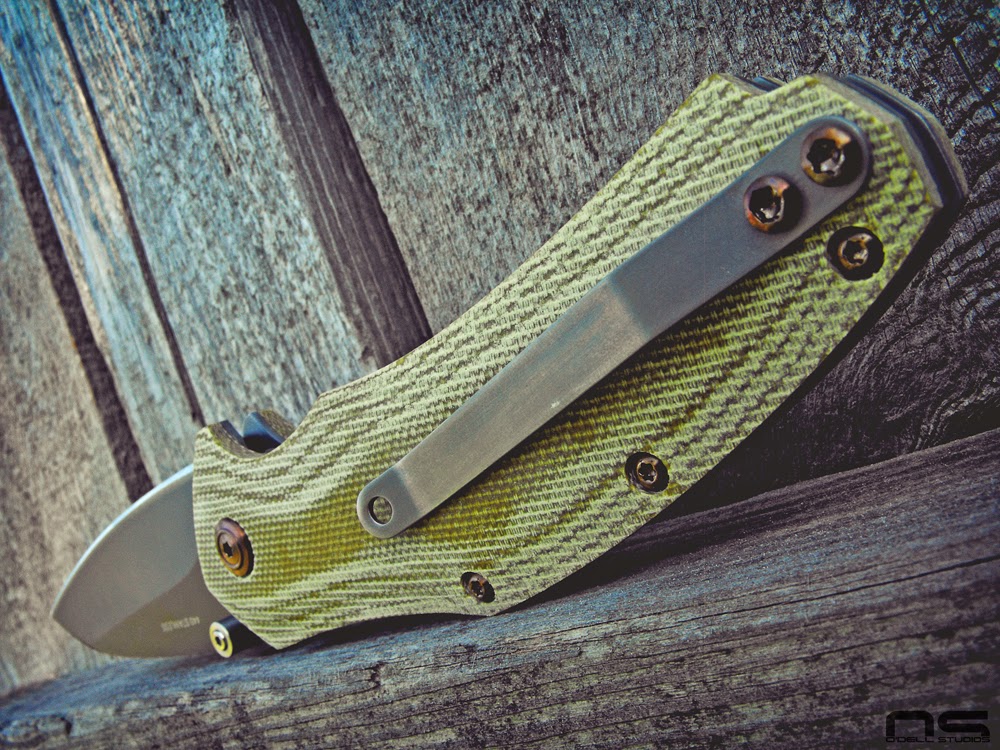 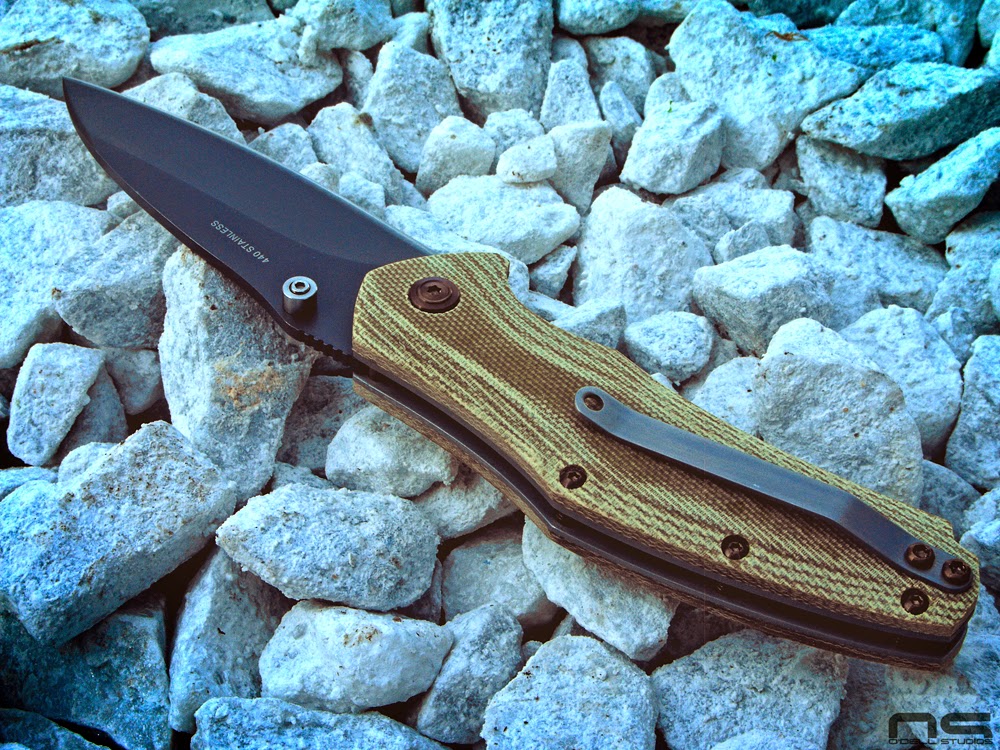