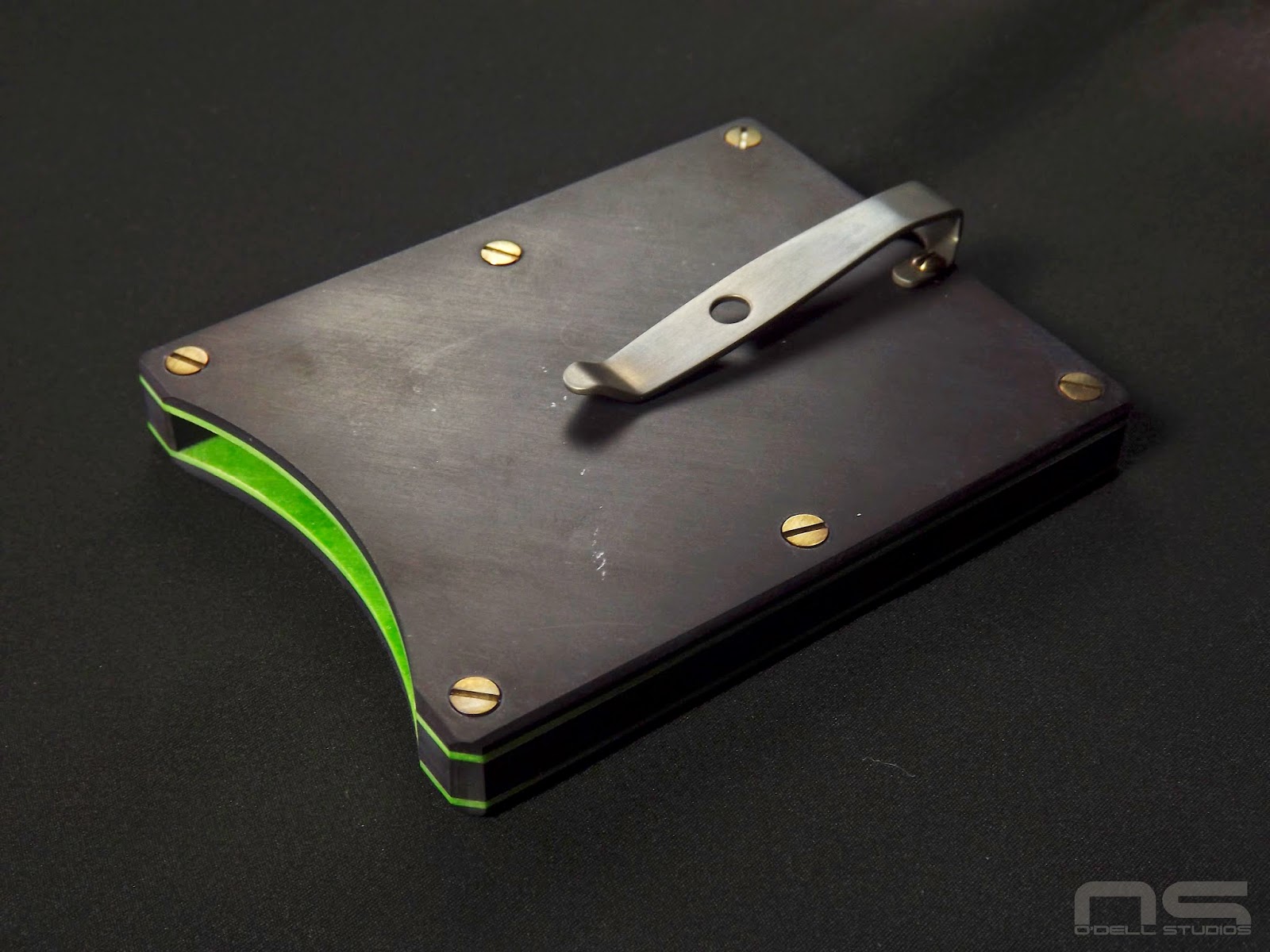 SOLD. Today we have a black and neon green Micarta Card Wallet made entirely from paper. I am liking working with paper right now. It's got some advantages from a working perspective but it also offers pretty limitless color combinations so it's likely that I won't be doing many fabric units in the future. In my mind fabric offers better strength and toughness but I'm not sure that it's actually true or just theory. As I am making the paper micarta I have been making sure each sheet of paper is pretty well soaked through with resin. My theory is that paper will act more like wood grain where it could be split along the grain since one sheet is laying up against the next without any real texture to give it sheering strength. Fabric has the weaved texture to lock two layers together and because it is more loosely "woven" than paper is, it seems that the resin more fully permeates it to create a better bond. As spacers are concerned I don't think it matters at all considering that the spacers are sandwiched between the plates and there is no chance of anything moving. But the plates themselves are exposed to drops or other damage. On the flip side, how much damage is a wallet really likely to encounter? The paper micarta is hard as a rock and I know it's not going to crack or dent, but it's that splitting action that concerns me. Only time will tell but as I made this unit things looked solid so I'm optimistic. Additionally I am using construction paper to make it. Compared to something like card stock, construction paper is very fibrous and sucks up resin like a sponge. It's a cool material, what can I say. 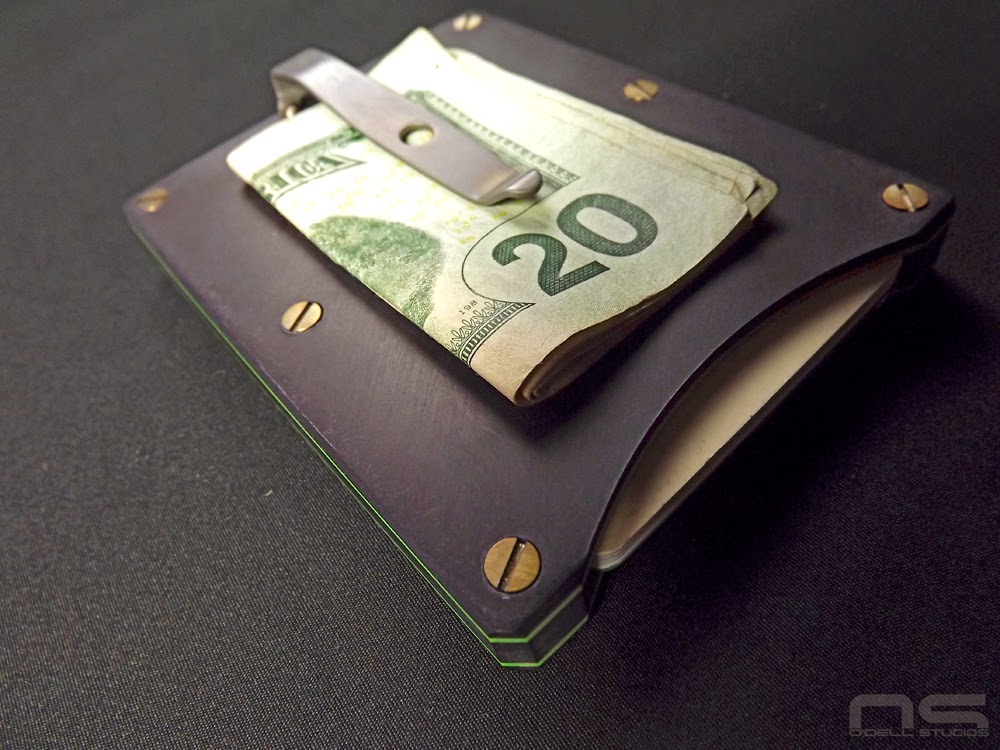 That brings me to something else. There are buckets of videos on youtube for making micarta and as many or more forum threads discussing it as well. I've dug through a fair amount of this information, certainly not all of it, but I haven't run across any criticism for garage micarta except in one place. That alone discredits the criticism all by itself because let's face it, it works for its intended purpose as far as the record of success goes. I think everyone who is somewhat familiar with knife handle materials knows that Micarta with a capital "M" is a commercial product, what I didn't realize was that it is a brand name for a particular product. Does it have a patent? Is that patent licensed by other manufacturers? I have no idea. It doesn't strike me as a particularly proprietary process that couldn't just as easily be "accidentally" replicated by someone else. But that's not important. The criticism boils down to, actual Micarta is made with tremendous heat and pressure using what they call thermosetting plastic which results in very tough, dense material. One specific point was that it's significantly different from 5 minute epoxy and an old pair of jeans. If you will notice, no one that I've seen has suggested using 5 minute epoxy to make garage micarta so it's difficult to take criticism from someone who is out of touch with what's actually going on. Micarta is expensive, thems just the facts. I don't really know why, other than the expensive processes used to make it. But that brings us to it's intended purpose. It wasn't meant to be sold in 1 or 2 inch sheets. It was meant for industrial use, hence the industrial processes. A knife is not going to survive the kinds of temperatures or abuse it would require to destroy a Micarta handle. If heat is the problem you will take the temper out of the steel before the handle burns away and the knife is ruined anyway. So when you need to justify the price of a $500 knife, then it makes sense to me that you use materials that will live through anything the steel will live through. But, there is no call to criticize other materials, particularly when no one is claiming that they are equivalent or attempting to pass them off as equivalent. My point in all this is transparency for one thing - I specifically say that it's homemade micarta because the whole idea is that I made it. But I think that it's worth pointing out, we're not making custom knives here. I've got a useful material, and it's plenty tough enough for the job it's got to do here.