Solarforce Z2 Might Just Be my Perfect EDC Light

Click for the update post.
UPDATE 11/6/13: They're heeeeeeeere! Head to the bottom of this post and be on the lookout for a proper post in the coming days.
UPDATE 11/6/13: It landed in my home state!
UPDATE 11/4/13: It has landed on US shores. Only a few more days.
I've never done a post like this and I don't intend to do one ever again, BUT it's almost like Solarforce read my mind and the Z2 is the result of their efforts to prove their psychic prowess. Or not. Honestly, it would seem the flashlight connoisseurs out there need to have the latest LED and silly features in order to like a "new" light. If it doesn't have some kind of high tech components that run at maximum efficiency, automatically increase light output based on the dilation of the user's pupils, run on the most exotic battery while producing 1,000 lumens for 12 hours without generating any heat, throw 200 yards WHILE having user programmable spill and a perfectly smooth beam that changes colors based on user preference - then it's boring. In fact, I'm not sure the Z2 will even be popular at all and I have heard nothing about it and seen virtually nothing but a quick overview or two. By the same token, Solarforce has never really operated on those kinds of expectations or standards. My standards don't require electronic equipment to tell me that a light is doing what it is supposed to do; make light. Does it physically fulfill the role it will be used in? Does it make a useful amount of light for that purpose? Is the battery life reasonable?

So does it physically fulfill the role it will be used in? It is an EDC light. It's small and appears to have excellent texture yet no humps or bumps that have no function other than looking cool. Forward clicky that you tap to change modes and is protected, and appears to tail stand. The pocket clip is as far back as it can be so that there isn't any extra light sticking out of the pocket but plenty to get a hold of when needed. There is a grove for the pocket clip so that it can't slide up or down and there appears to be the possibility that it can be reversed if someone should want to rock it bezel up - I can't see why but it happens apparently. Physically it is flawless.

Does it make a useful amount of light for that purpose? 120 lumens on high is sufficient for an EDC light in my opinion for EDC tasks. If you want a tactical EDC light, buy a tactical EDC light. It also has 4 modes which is probably more than I would have included but at least one of them is a low-low and there are no disco modes, no hidden modes, no programming, no nonsense.

There is really more to the physical part of the equation though. Will the light last? I paid $17.00 and so it's not as if we're dealing with a $50.00 investment here. If it is up to typical Solarforce quality, it is a terrific bargain that's for damn sure. If the pocket clip proves to be functional then my perfect EDC light has in fact, been created. I feel excited enough to post about it and possibly spread the word before even touching it and when mine gets here I'll be sure to update this post. 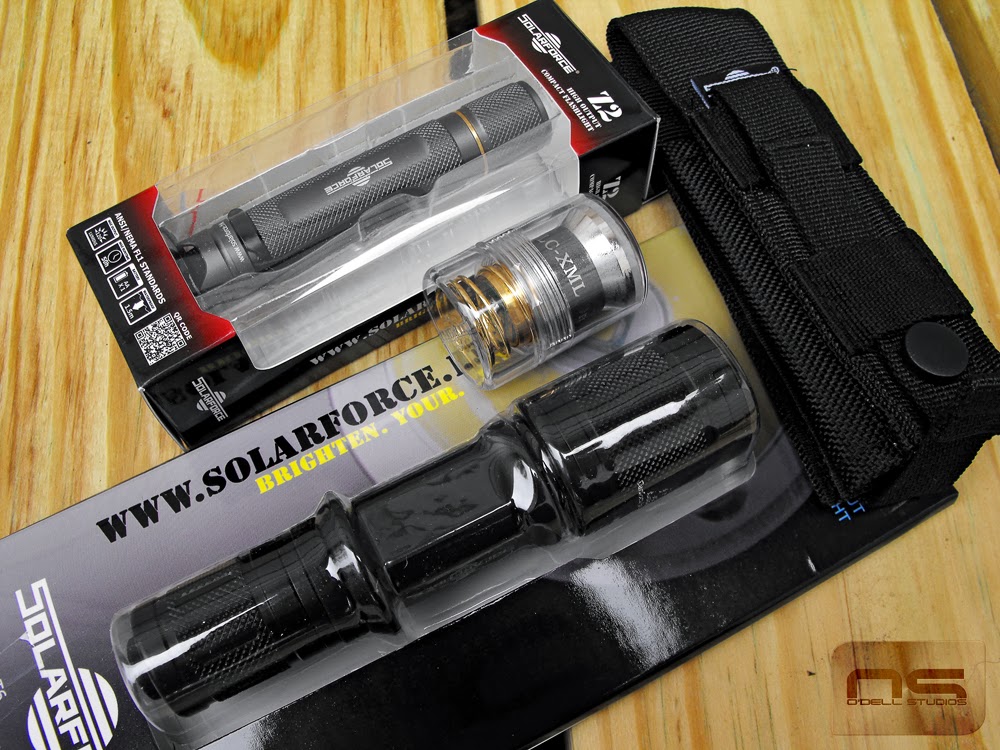