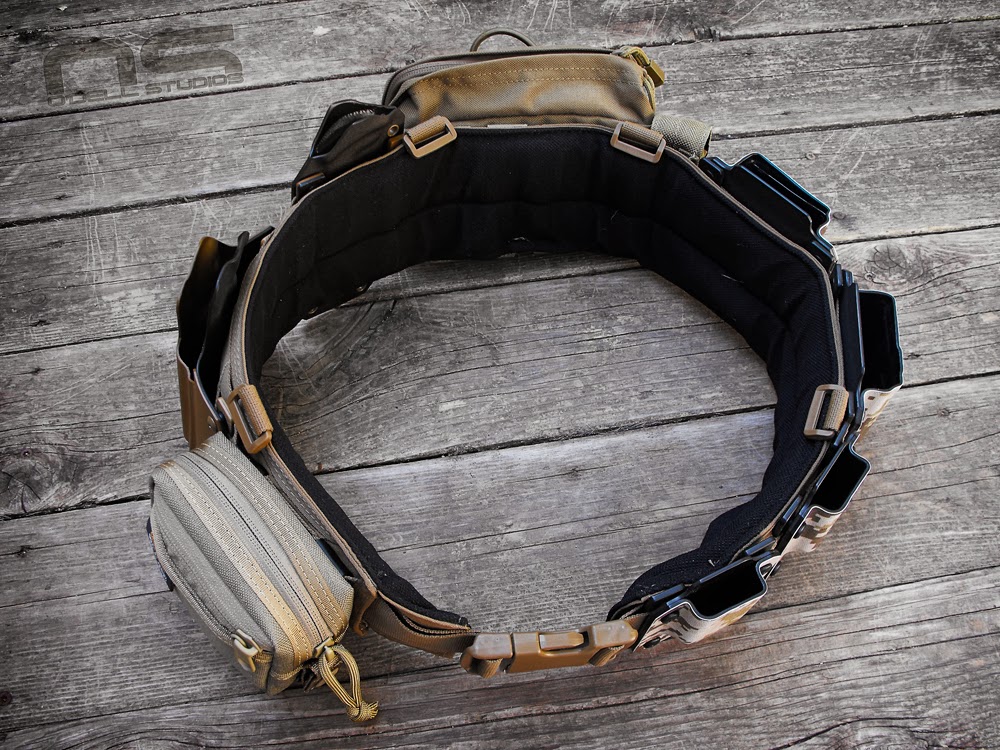 Mostly just sharing some pics today that have been sitting around waiting to be posted. I am thinking with MOLLE it's time to move on to MALICE clips except that they are a little pricey for what they are. At the same time the .125 Kydex isn't as ideal as it has always been suggested to be. MALICE clips have holes ready for mounting, though honestly, I'm not sure just how strong they are either when we're talking about hanging a gun from them. On the other hand, there are pro shops doing it and presumably with success. I'd almost trust the IWB "laminated webbing" loops with pull-the-dot snaps more than MALICE clips for strength but again, they are pricier still. My Kydex MOLLE strips are simple and have held up, but the quest for something smoother, simpler, better is a never ending one. I'm now in a position where I would like to use my War Belt for different guns and want a quick way to change things out. It's true that a second War Belt might actually be the simpler and possibly even more cost effective solution to this problem but there is always the need to know if it will work. 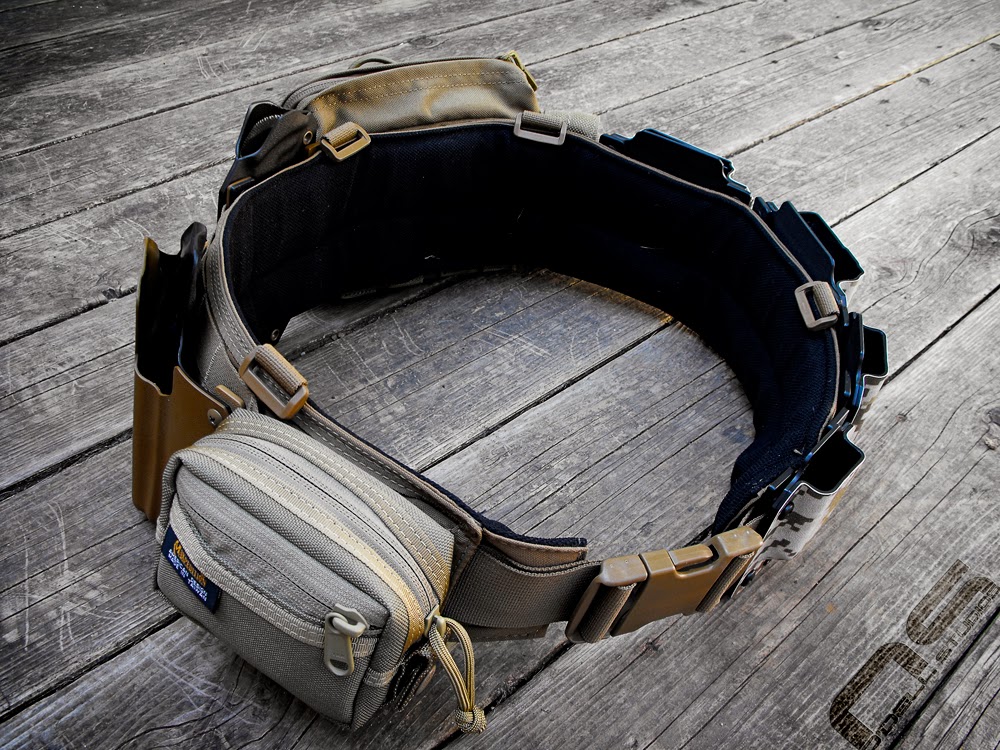 So I made a few knife sheaths to try out and scored a Maxpedition three-by-five to store minor range essentials. I realize that there are probably rules to setting up gear in the uber tactical operator world of the internet, but my purpose for owning the War Belt is the convenience of having all my stuff and being able to just throw it all on in a single click. It's also my, "does it work" test bed. Bottom line is the pics turned out pretty cool so here it is. 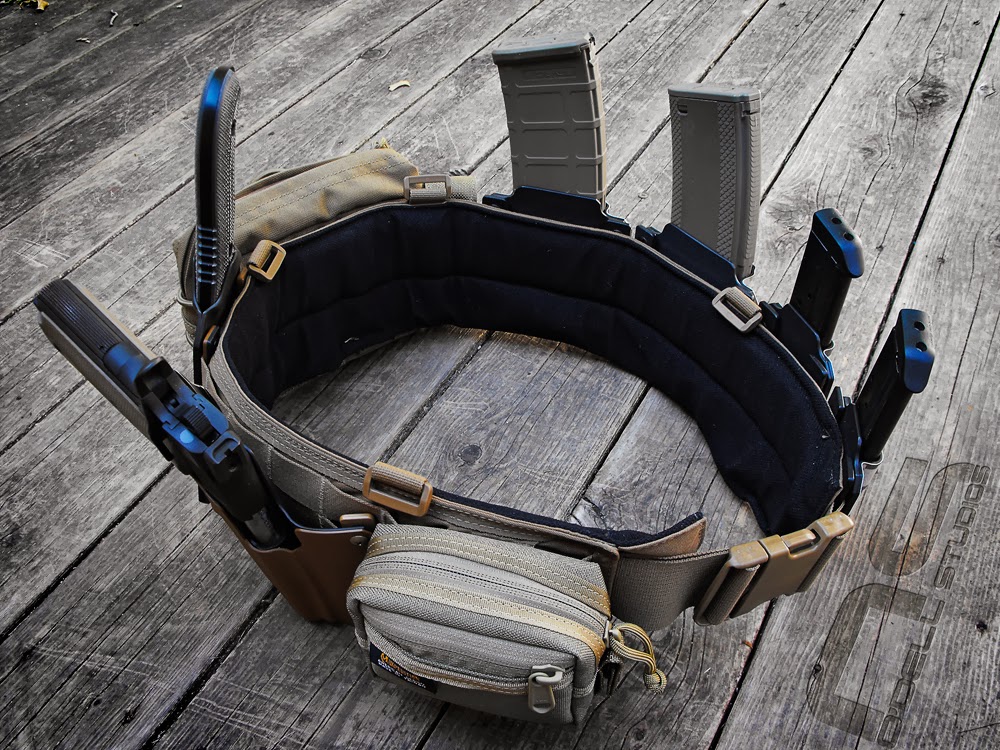 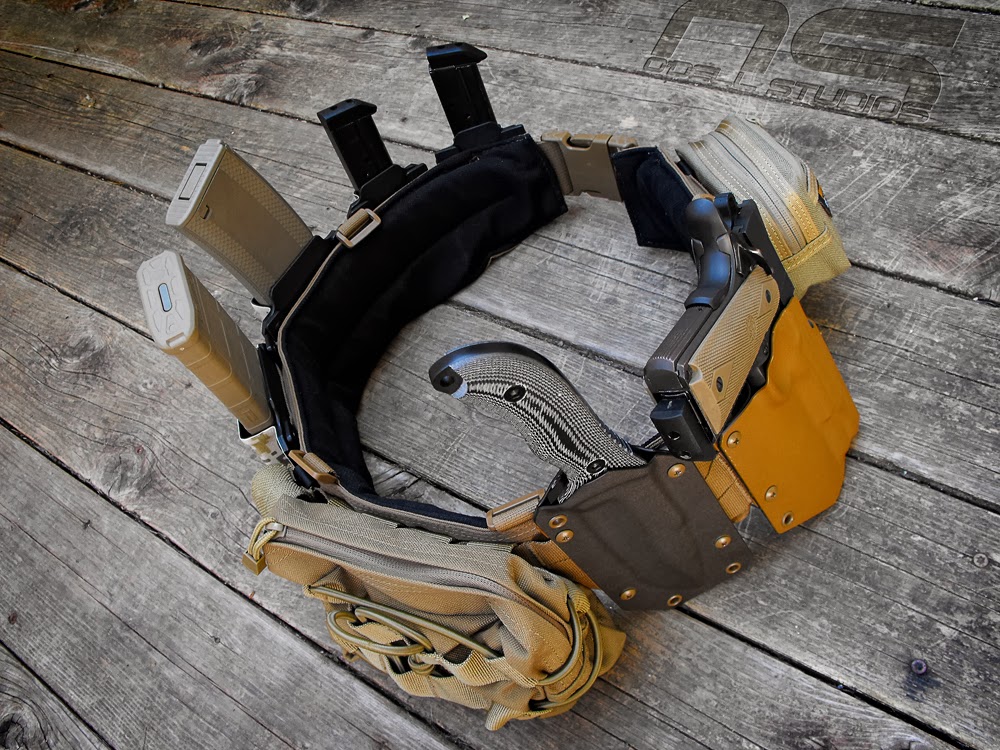 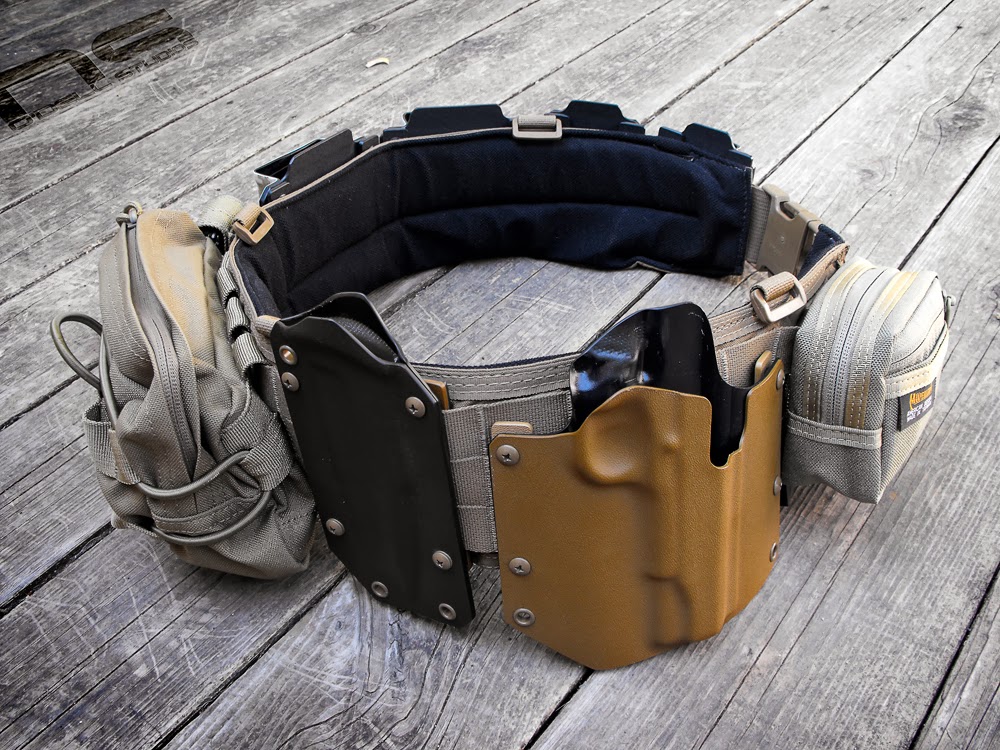 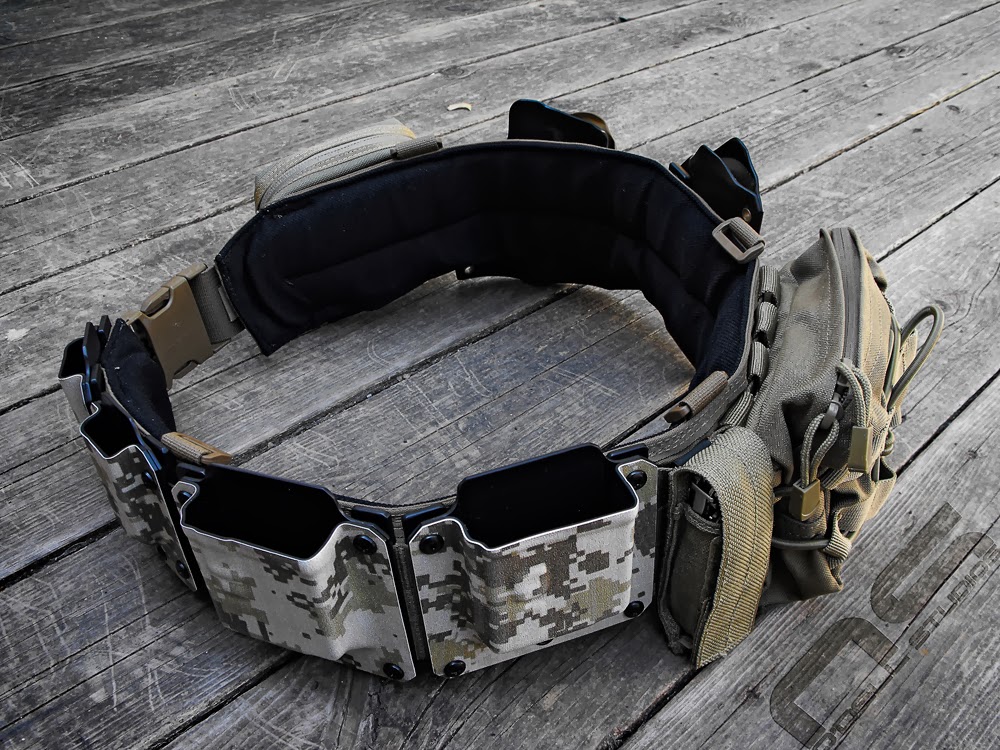 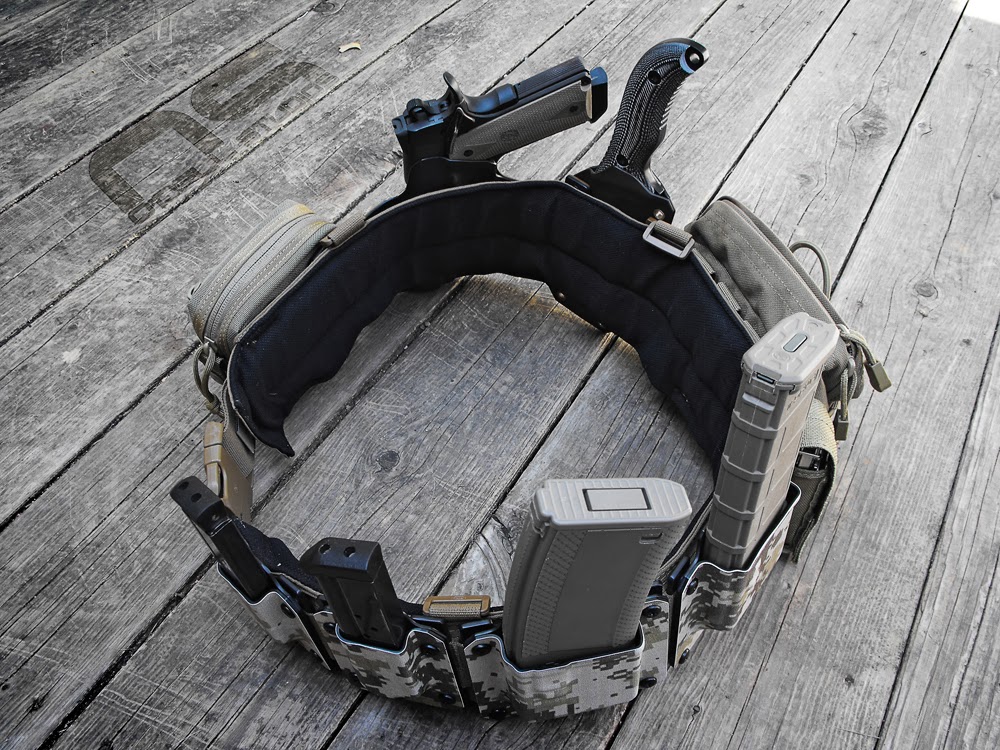 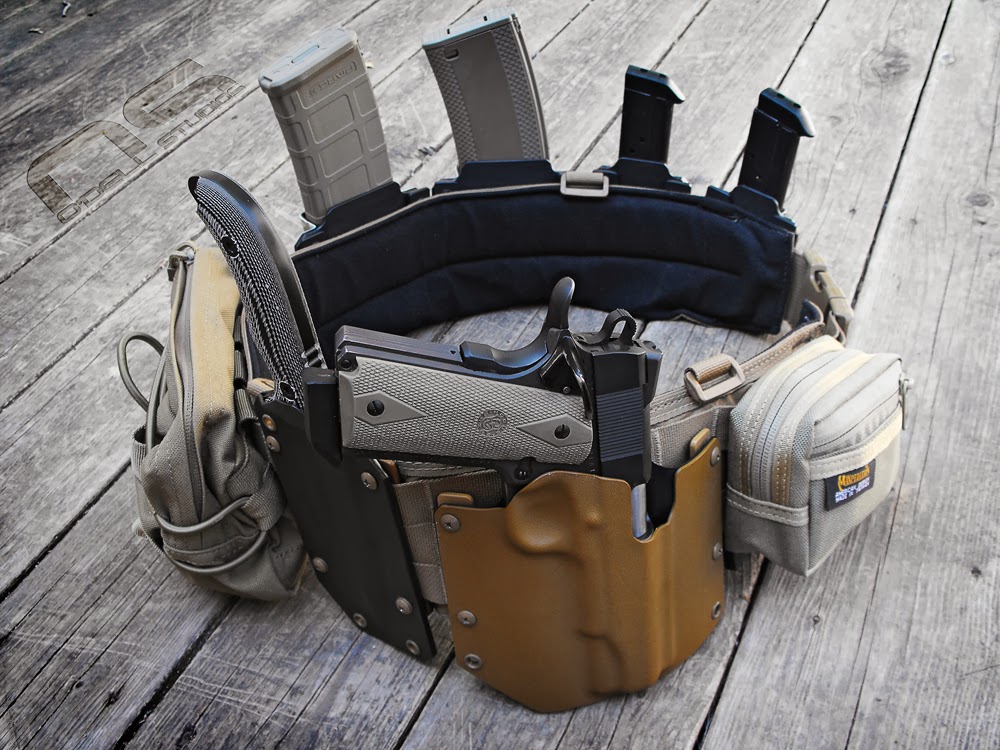