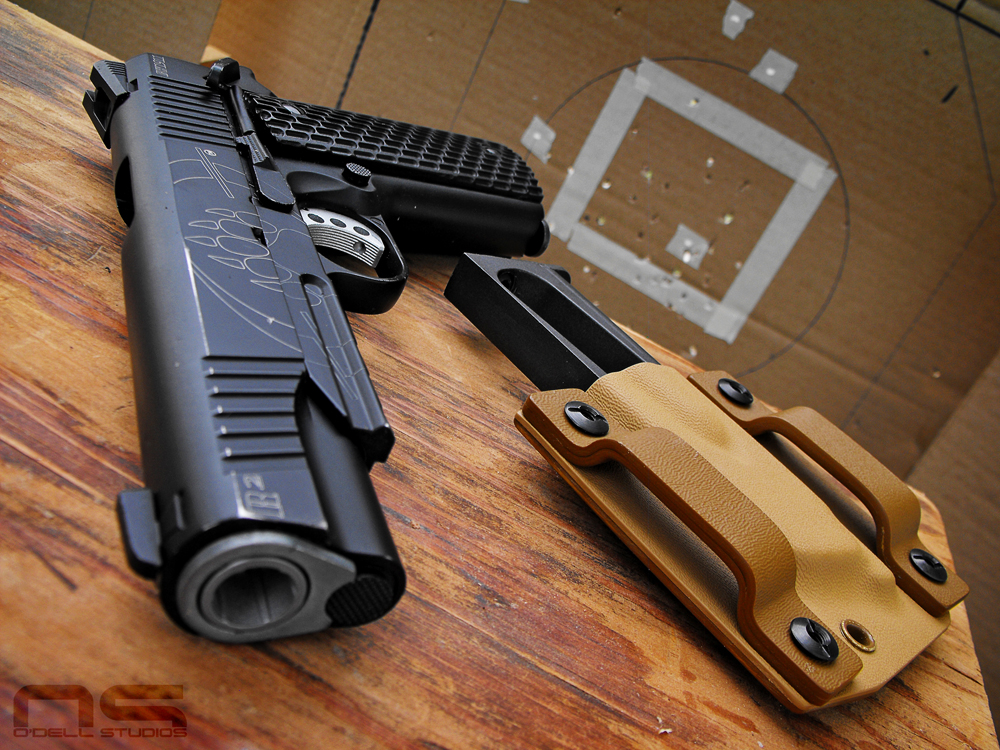 Part 1 introduced this particular air gun and the concept of .177 or 4.5mm steel BB guns as more than just toys for plinking pop cans. The airsoft world has overlapped into the firearms training realm and has been growing in legitimacy and popularity for some time. However, it seems that CO2 powered guns firing .177 caliber steel BBs sort of stay slowly turning in the same rut they've been in for years. In all honesty I'm not sure that airsoft guns couldn't essentially merge into what I'm talking about here but I think there are a couple benefits to the steel BBs. Airsoft has the benefit of being a popular and large industry and it can be used in force-on-force training where law enforcement officers or soldiers can engage the most realistic target available; a person. Obviously steel BBs aren't going to fly in that sense. But the reason they don't work in that role is the reason I think they work better for my intended use. The typical .177 steel BB is approximately equal to a .35 gram airsoft BB which by their standards is considered heavy, but the point is that steel BBs aren't wildly heavier, they are simply more dense in a smaller package. In theory this should result in better overall trajectory and range, plus less resistance in flight. What's more, just because .35 gram airsoft BBs are available doesn't mean they will perform well from pistols. I hope to be able to conduct some kind of test on this concept and that might come in part 3. Availability is also a benefit, though not necessarily significant. But, what I wonder about is the potential of pellets and the inevitable technological improvement that comes when a product or industry gains popularity. I imagine a pellet that has been cast into a different shape, or perhaps a plastic sabot (like Umarex Hyper Velocity) allowing it to be stacked in a magazine like traditional firearm ammunition, and provide better accuracy, more range, and more power. 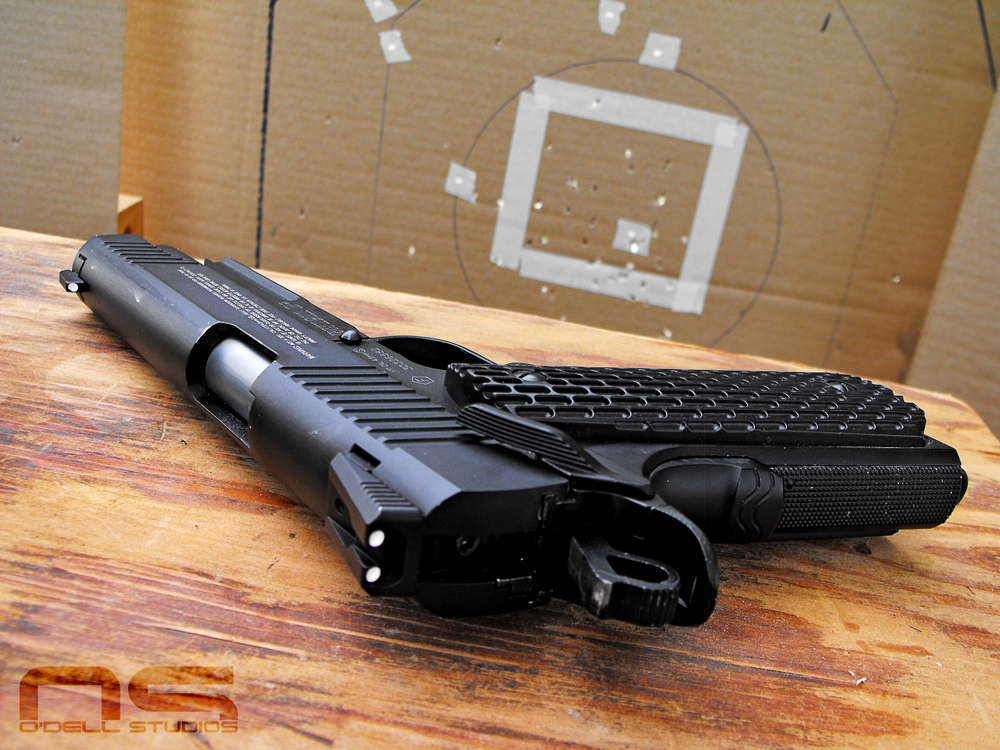 For now, the concept seems to be catching on as there are a few pistols that I think work and even an AR-styled rifle (Umarex) - though it needs a lot of work. The manufacturers are seeing the writing on the wall, but they still haven't made the leap from the old market to the new. An ACR-styled gun (Crossman) that you have to pump? This just makes no sense to me at all. They realize people are interested in modern guns but not modern uses of air guns? The places selling these guns are still selling designs that are decades old. They apparently sell enough of them to make a buck, but not to innovate. I personally think it's simply a matter of making the product and marketing it correctly.

So the marketing is going to be for competitors - as in, create a sport specifically for air guns styled around IDPA and make a gun that fully meets the demands of that sport. Secondly, they are training tools. I could go on a rant right here, but I mostly covered it in Part 1 so let's get into the gun itself. 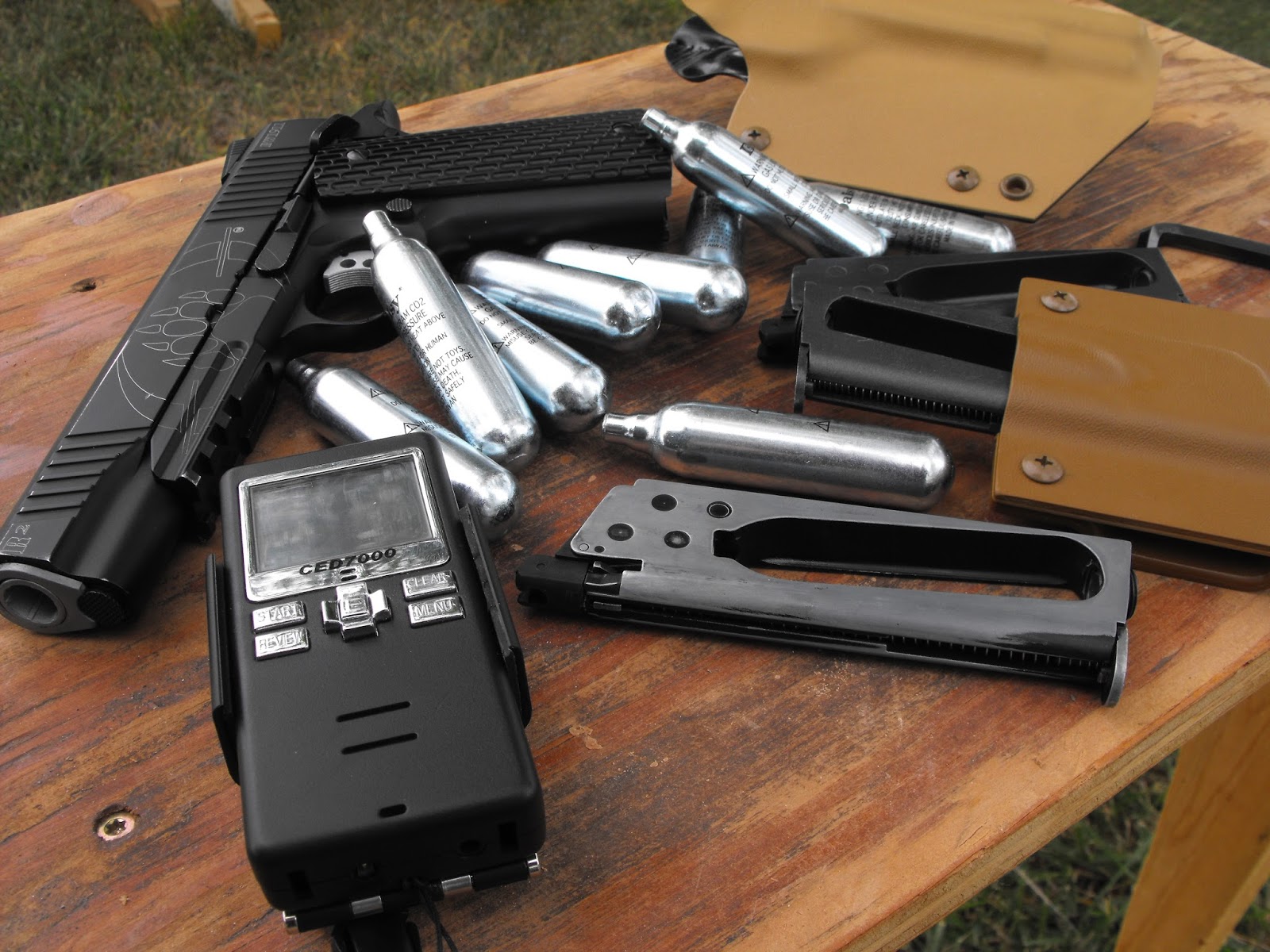 I go into my local Walmart strictly to check on ammunition, otherwise I avoid the place. This last trip I scored Tula .223 for $5.27 a box and they had a fair amount of it - before the "scare" it was $4.99. This should have made me happy but it really just made me more angry. After this I went to the net and started looking for this ammo specifically. I used to shoot lots of it. It was out of stock everywhere I looked when listed for the normal price - honest places like Midway. However, every other place that claimed to have it in stock wanted twice the normal price and one place had it for $15.00 a box. I will not pay these scum bags these prices. These people are supposed to help support the firearm community and they do nothing but hurt it by being greedy opportunists. Period. If you're buying from them, you're part of the problem. SOOOO, enter the KWC Blackwater air gun. Honestly, even after writing Part 1 I was skeptical (UPDATE: I was right to be), and I'm the one thinking this is a great idea. I shot the gun a little and I was like, meh. If you're someone who competes or shoots plenty, plinking just gets old. I have to mix it up. That's when I discovered that my CED7000 set to the highest sensitivity WILL (and somewhat reliably) pick up the shots from this air gun. Yes, CED makes an airsoft version, no, I'm not going to drop a bill to get one just yet when I have this shot timer sitting around gathering dust. So long as the CO2 is strong, the CED7000 works. In fact, the timer will tell me when the CO2 is getting weak because it stops picking up shots. That's somewhat useful for consistency, plus I can just set a par time if I must milk every drop from the CO2 cartridge. 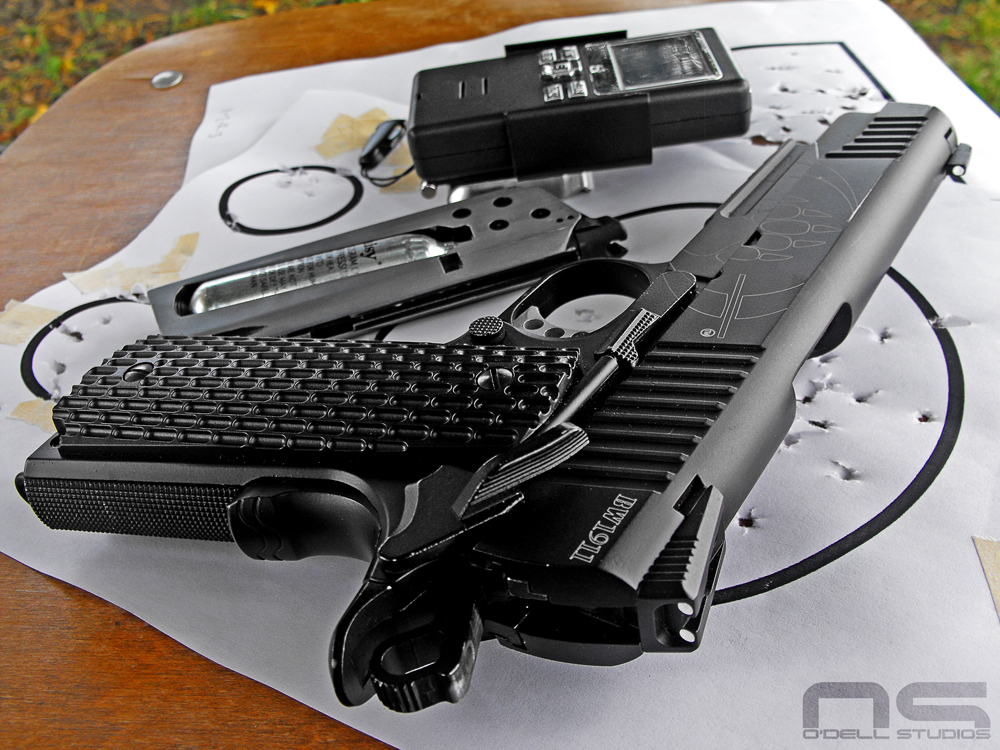 This is getting epic but let's keep going. I set up my homemade IDPA targets, made myself some kydex from various scraps and went to blasting. I'll be honest, it was actually pretty awesome. The gun never malfunctioned once and because the entire day cost me $10.00 in CO2, I probably shot 350, 400 rounds. I didn't break the gun, I didn't have to fiddle with it or fix things, nothing. Changing CO2 and filling mags with BBs takes the same or less time than reloading firearm mags. I scored some drills from pistol-training dot com and practiced virtually all the stuff I would practice with a firearm and had a damn good time doing it. No ear protection, shoot in the shade, shoot in any direction (in a rural community where the next house is half a mile) - stuff I don't get when shooting a firearm. I said this before, it's not a replacement, but let's face it, it makes shooting more fun when you can relax, not worry about money, and mix up the dynamics of the range safely. Steel BBs can cause harm, so there is no reason to get lax with the safety and I believe this improves gun handling in situations where you aren't just standing on a range with one safe direction for that muzzle. The bottom line? So far this gun works and appears to be well made. I foresee a paint job in its future just for giggles and I'm having fun getting back on the range for very little money. The way the gun is designed you are forced to do slide release reloads from slide lock - it cannot be sling-shot charged because the notch for the slide catch does not nudge the catch down when you draw the slide fully rearward the way a real 1911 would. Beyond that, I've got nothing to complain about. Ok, that's a lie. I talked about the base pad issue in Part 1 and that holds true. I dumped every mag, on every reload on the ground, and with a grassy range that's fine. I am still skeptical about just how well they will fair on harder surfaces and pads might not save them given their weight. All the same the pads do more to assist the reload itself and I think I might be in luck. I found a new airsoft version of this gun WITH base pads on the mags. It's only a matter of time .... I hope.

Decided I needed to include my short list (and wish list) just in case someone cares - in the order they should probably be made. These are no-brainers.
- Glock 19/17: doesn't matter which, probably both eventually and possibly a 34.
- Smith & Wesson M&P: I think the .45 would be cool, probably the 9mm makes more sense.
- Springfield XD: whichever.
- CZ SP-01: whichever. Though there is a gun very similar to this that recently came out.

Wish List:
- SIG something: the X-Five already exists so I personally want a P229 with the beavertail.
- Commander length 1911 with full length dust cover, rail and bobtail. Or a copy of Fusion Firearm's T-Comm. This really belongs at the top.
- A Timberwolf Glock would make me want a Glock.
- Custom Hi-Power: modern fixed sights, beavertail, ring hammer, extended safety.
- Thread the inside of the outer barrel (of all guns) to accept a suppressor adapter - just for cool factor. Or offer extended threaded barrels or whatever.
- Detonics MTX: I just discovered this and it's pretty wild so just for fun.
- EAA SAR K2: for something different. It's like a CZ and SIG got mashed together.