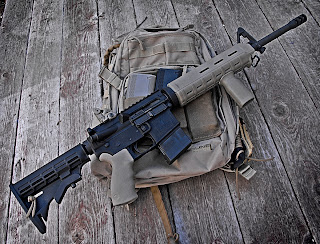 From early on when I decided to post about more than Hot Rods on this blog, I was thinking of doing an on going chronicle of the budget minded gear that I already knew I'd be talking about. I still don't know yet how exactly I want to accomplish it or what the format will be like, but as I collect more stuff and spend more time with it, I figure I could talk about my experiences. I really have no intention of trying to convince anyone that lower priced products are some how equivalent to their higher priced counterparts. In some cases I do believe the quality is equivalent, but the product includes fewer higher priced features. In other cases, I believe some stuff is simply overpriced and/or over-engineered specifically to be expensive and "better" than the competition. And finally, I believe some cheap crap is just cheap crap. If you read the post I made a couple posts back, you'll get a better idea of just how I feel on the subject. I believe that not all users have a need for the highest end products and that simply costing less than the expensive equivalent doesn't mean you have a lesser product. Similarly, I think we all know that quality control is an area where some companies will cut back on in order to bring the cost of their product down. I think these factors pretty well cover all sides of the issue when it comes to lower priced products. There is no need arguing whether something is intrinsically better than something else when any one or a combination of these factors could come in to play. The bottom line (as I seem to like to say) is that someone has to use it in order to find out. Thanks to the mighty interweb, the people who have used virtually anything on the planet, can and have come to post their experiences. The downside that most of us have experienced first hand (especially if you frequent forums), is people who have absolutely no experience will come to bash or praise vehemently even when they have no idea what they're talking about. Essentially, given the size of the net today, we have to wade through lots of garbage to get to the goods. In an effort to avoid that, all I want to do is talk about what I've experienced and with any luck, searchers of useful information will find my words.

I may not create any kind of format, I don't know. And as for the shooting sports, things right now are kind of hairy as far as buying ammunition and that sort of thing, so it might not be the best time to start something like this. However, there is no reason I can't just post about it every time I use a piece of gear or equipment for its intended purpose to let readers know how it's holding up. 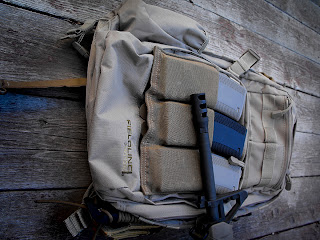 First thing is that I made a couple changes to my AR. I am really struggling with how I want it set up. The 1-4x optic makes a lot of sense to me but really, it weighs too much. It is super handy in the configuration you see at the top of this post. The PlumCrazy lower helps this thing come in at roughly 6.8lbs with an empty magazine and that sure is nice to carry around. That's with a heavy barrel. I really want to chronicle this lower the most because even though most owners are perfectly happy with their polymer lowers, it would seem more people on the net who've never even held one are all too ready to tell you they aren't worth buying. Some people will tell you that the New Frontier Amory lowers are different some how. They aren't. I visited the PlumCrazy website before they changed over and it is all a marketing decision - it was written out, by them, right there. I will get my hands on one of them at some point but in the mean time, I have access to two PCF lowers and I think that will give more credibility to reviewing them. 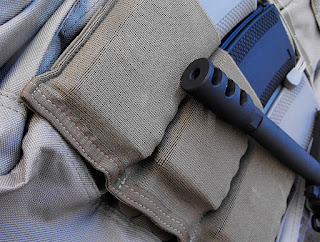 Next thing is the Miculek comp. I couldn't find anyone with anything bad to say about these, yet they find it necessary to spend 3 times as much on something else. Whatever. I have no experience with compensators, won't claim to, and I'm not going to tell you it's better than anything else but I can tell you this; it's almost silly how easy this gun is to shoot with that comp installed. You can spend more on something else if you want, but if you're interested in this one, yeah, go ahead and get it. The thing I will want to keep track of is how much I can stand to shoot the gun with it installed. It hasn't bothered me in any way thus far, but I do notice the feeling of pressure in front of me while I'm firing it. Time will tell. People say they are "loud" and make a lot of blast to the sides. Ok. I like to stand behind my gun and I wear ear protection, so I guess I don't care. What about the other people at the range? I don't shoot at a range.... 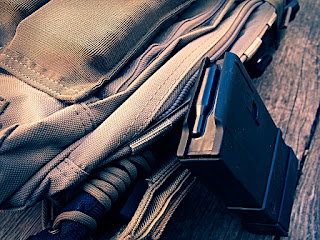 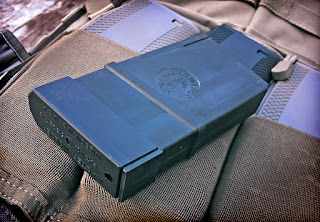 I was also given this Fieldline Tactical pack which I think is the day pack, or assault pack, or 3 day pack, or something. It's 20 bucks and as far as I can tell, you just can't go wrong here for the money. It went deer hunting with me last weekend and first thing it was stepped on and tripped over in the mud. Doesn't look any worse for wear, but again, I'll revisit it as my experience with it expands. It is going to spend a lot of time with me in the coming months hiking some trails around this state that I've never been on. That should tell me plenty about it. The Camelbak bladder that was riding it in was un-phased by the abuse last weekend either. The pack is very comfortable but I walked probably fewer than 5 miles in it without much of a load and never killed a deer, so it might be bad luck, who knows. 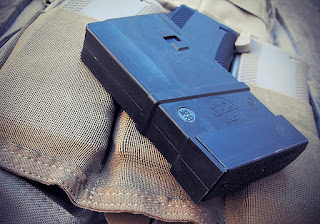 Master Molder magazines were also given to me and they don't get a real bad rep around the web either. What I did hear is that the springs aren't spectacular (nothing more than hearsay at this point) and by sticking my finger in them I discovered that they do not have anti-tilt followers. A little digging and I found that I can get Wollf springs and Magpul followers for about $7.00. I tried to squeeze the feed lips and found that they flex very little if at all which suggests to me that if the springs ever do wear out, or I find a reason to put anti-tilt followers in them, they are probably worth the effort. But the mags only cost 5 bucks. Ok, that's a fair argument, however I see it a little differently. I put maybe 40 or 50 rounds each through two of these mags and didn't have any issues. That doesn't mean much, but they do work, so going on the assumption that they will wear out, why not have two good mags rather than two useless mags and two new ones that will also wear out? I personally think 20 rounders are handy in certain ways and they look great in the gun. They are made in the US, the body seems robust, they feed (and remember I'm never shooting anything nicer than Tula or Wolf steel case) and they are cheap. I will definitely be reporting back on these over time. In fact, I might keep one constantly loaded just to put the spring theory to the test and see how we do.

Strapped to the pack you see a Blue Force Gear 3 mag shingle. It's American made, the company is well thought of, and it does what it was meant to do. I wanted a way to keep a few mags at the ready on my pack and this seems like a very easy way to accomplish this. The person who is with me can grab a mag if needed, or I can just have a few extras at the ready, but out of the way. The elastic is very strong, to the point that you have to work to get mags out and you certainly won't be putting one in if you're in a hurry. I know I won't have to worry about losing one.