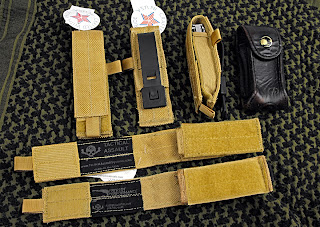 So my replacement pouches showed up yesterday and I got some photos taken first thing this morning. I like taking the pictures outside but this time of year if I get up early before work it's dark and then it's dark again by the time I get off work - that just doesn't work out very well. So you'll want to read my last post to get the back story if you haven't already and if you have then the picture to the left shows the new pouches on top and the one that didn't work at the very bottom. There are some minor differences and first among them is a website on the tag that led me to more information about the company. Feel free to look them up if you don't already know what they're all about - again, I didn't spend a lot of time. Most importantly though, the new pouches all work perfectly. I threw in my Leatherman sheath for comparison. It's worn and beaten from years of living on my belt day in and day out, but you can see that these sheaths are pretty slim. 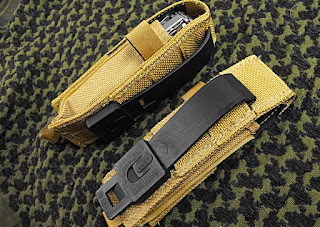 It appears that the PALS webbing is stitched higher on all of them and the MALICE clip being higher doesn't really seem to make a whole lot of difference in the end. It's such a picky thing but if I were designing them I would go ahead and put them lower the way the Coyote version was. However, I just moved the MALICE clip down a row, and everything is fine. This works nicely because it fits on a regular belt as a replacement for my poor old leather unit and two rows is plenty sufficient to support something so light on any kind of MOLLE rig. And speaking of which, it looks like the MALICE clips are a slightly different animal and are missing the indentation where a tool can be inserted to disengage the lock.

In the end if you're thinking you need something like this, stop by ebay and score yourself one. The seller operates on extremely good customer service and the item is a steal at $7.75 shipped. Single stack 1911 magazines fit in a pinch and I imagine double stackers would as well, especially for shorter length magazines used in compact-sized guns. The Leatherman Wave is right around 4 inches in length when closed, if that gives you a better indication of size. I've got six of these things now and I am confident that the one with problems is the kind of mistake that probably happens with any company. 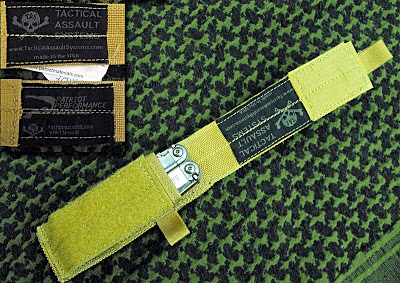 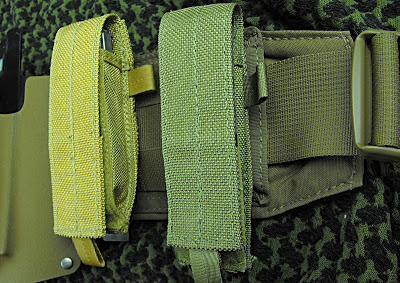